There’s been a bumper crop this week on the news front, so we thought we’d spoil you. 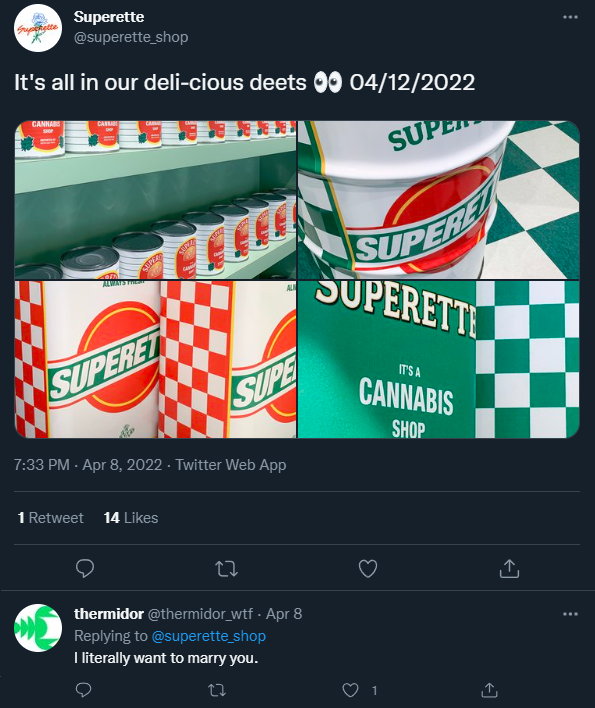 There’s been a bumper crop this week on the news front, so we thought we’d spoil you. We tend to trim it down to a healthy handful; but when so many interesting stories are floating around it’d be mean if we didn’t hand over the goods.

“If the words “life, liberty and the pursuit of happiness” don’t include the right to experiment with your own consciousness, then the Declaration of Independence isn’t worth the hemp it was written on.” Terence McKenna

He’s had some flack for taking so long, but President Biden has (finally!) used his powers of clemency to reduce the marijuana sentences of 75 people and completely pardon 3 others. Feels a bit weird that there isn’t more of this – since cannabis is a $24 billion industry in the states as of last year – but still, it’s progress.

DoorDash has partnered with Superette to offer weed pickup in Toronto. We’re big fans of Superette (if the picture above hasn’t already given that away!), so any time they pair up with someone it’s seriously worth a look.

Further developments from Thailand in the past week – with an apparent statement that you can grow as many plants as you like from the 9th June. But there are some difficult-to-prove

hoops that you’ll need to jump through – and it’s a great example of why well-designed legislation is really important in cannabis.

One part of the world that doesn’t isn’t getting a lot of attention at the moment is South Africa. They’ve opened a pair of pharmacies providing CBD products; marking yet another nation committed to steadily reforming cannabis law.

Pushing on with the charge for our favorite growing industry, the little island of Guernsey has now passed 5,000 medical licenses issued on its shores. It’s also rumored to be the hotspot for the first potential recreational market within the UK, but we aren’t getting our hopes up on that piece of gossip.

The mother of all cannabinoids is a pretty big title, but CBG does indeed live up to it. This piece from Seedsman does a much better job than we ever could of diving into the molecular intricacies of this fine cannabinoid – you do love science don’t you?

You can tell progress is being made when small islands that form part of a larger nation are making headway. Just like Guernsey, Sardinia is absolutely plowing ahead with hemp and it represents a growing desire for reform in Italy as a whole.

Using medical cannabis, Alfie Dingley has now celebrated 2 years without any seizures and this has allowed him to turn over a new leaf and return to school to make friends and just be a kid. He became the poster child for medicinal cannabis reform in the UK in 2018 and we’re really happy he’s doing well.