There’s a good mix in the pot this week with scenes of political intrigue... 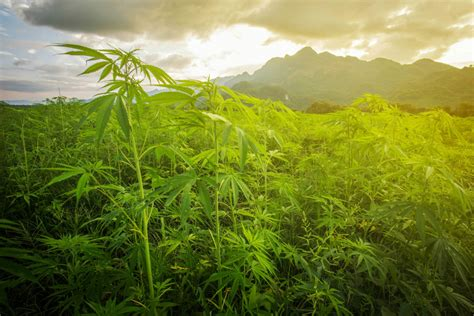 There’s a good mix in the pot this week with scenes of political intrigue, a splash of science, and some good times for the app happy. That’s not all, so read on for the freshest take on the week in weed!

Last week we enjoyed finding weed-related quotes so we’ve had another look and wanted to drop this gem on you.

“Why is marijuana against the law? It grows naturally upon our planet. Doesn’t the idea of making nature against the law seem to you a bit… unnatural?” — Bill Hicks

Although it had started as rumors last week, we now actually have the official word. The incoming coalition government of Germany will legalize marijuana and put in place a review after 4 years to monitor the social impact - huge news for them and a big step for the rest of Europe.

It’s not just the big-name components of weed that can have a positive impact on your life. Terpenes, which are found in all sorts of plants have their own therapeutic properties that work with the endocannabinoid system to make us feel better. We won’t pretend to be super sciency, so this article is definitely worth a deeper dive into.

A beautiful partnership between Uber Eats and Tokyo Smoke has blossomed this week with the exciting news that in Ontario you will be able to pick up without leaving the comfort of your own home. Drawing from 50 different dispensaries it’s a positive step that even helps ward off the threat of the underground market.

A lot of legitimate weed businesses struggle with the pressures of legislation. The seemingly intangible rules of social media are also a part of that with many companies having their accounts banned for promoting weed content. To combat this, Weedmaps and weedpreneur Berner are on a joint venture to create a new weed-friendly social media platform.

In perhaps the most surprising piece of news this week, a judge in Illinois has ruled that the smell of weed is not probable cause for a drug search. This verdict was reached in line with the state’s current rules on cannabis and may set a precedent in the wider United States.

Gap In The Market?

The brand is offering 2 x products for the cannabis consumer: one infused with THC and the other with CBD. Rebecca Thomson, Prairie Grass’ co-president was quoted as saying:

“I really do think that we are filling a gap, whether or not the market actually realized that the gap was there.”