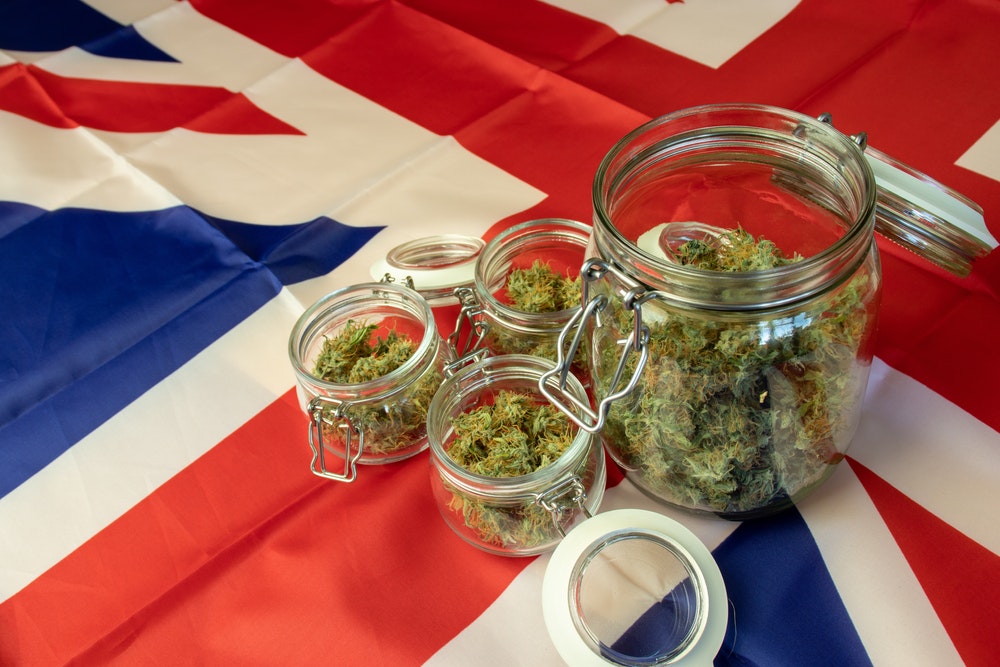 Actually, scratch that. I was January 2022-years old when I realised that cannabis was *medically legal andwidely available* to those who need it here in the UK – and has been since November 2018 (and not just the CBD-infused everything that adorns the countertops of health and wellness stores).

Before that I’d assumed that it could ‘theoretically’ be prescribed by any old NHS GP, but other than in extreme cases where all other treatments had been exhausted, as you can imagine most docs are loath to dole out doobs.

And in the rare cases that they (or more likely, specialists rather than GPs) did, the medication on offer was a sanitised ‘oromucosal spray’ – a ‘yellow/brown solution in a spray container’. Nice.

But nope – that’s not the case at all.

You can legitimately get ahold of THC-laden, trichome-rich, mood-enhancing flowers (AKA the green nuggets that you *might* have procured from street sources) completely and utterly legally – right here in the United Kingdom.

How did I find this out? Well, it wasn’t via any healthcare professional per se. Nor from any specific official website. No, ma’am. It was brought to my attention by trawling a well-known online forum-based platform – reddit, in other words – when looking for information about other people’s medical cannabis experiences.

While finding such a wealth of information there was no real surprise to me, what did surprise me was that it was the catalyst needed for me to begin my own legal cannabis journey.

After a couple of online enquiries and a Zoom consultation, just one week later – lo and behold – I was legally in possession of 10g of Ghost Train Haze.

Prescribed to me. By a professional psychologist.

And – subject to fulfilling the right criteria – you can too have it prescribed, packaged, and delivered to your front door.

The only snag (here in the UK, at least)? You'll pay a private healthcare premium for it – something in the region of...

Sounds pricey, right? Perhaps. But, by the same token – how much does an ounce (of a decent strain) cost on the street? (No comment…!)

Let me backtrack a little. I’m not some ganja-fancying grifter playing up imagined symptoms to get a score. I have mental health issues going back to… year dot.

What started out as ‘needing reassurance’ as an anxious six year old blossomed into an internal battle between my rational self and the weird guy who was working around the clock to convince me that I was capable of single-handedly crashing an aeroplane by going cross eyed; that attempting to swallow my tongue might be a good idea, and – hey – what was the harm in professing love to random people? And of course I should splash water on my crotch after peeing to ‘rid’ said area of carnivorous bacteria – because it could happen, right?

Anyway… after 20-odd formative years of occasionally needing to quell the obscure, often unannounced, trappings of obsessive compulsive disorder – and another 18 years of consistent, generally-stabilising antidepressant usage, I’m sometimes left wondering where I really end and the meds actually begin.

So, sure, I have precedent for medical cannabis – but let’s be clear: despite how admittedly strange all of that sounds, my day-to-day activities are not impaired to the extent that some people’s lives are; something I’m very thankful for.

However (playing devil’s advocate for a sec), given the fact my mental health issues largely stem from an inherent, unrelenting anxiety; is consuming cannabis (legal or other) a good idea?

It’s a very valid question, but ultimately it’s one that taps into many of the stigmas surrounding cannabis-as-a-medicine; and rationalises the need for greater education around the plant’s properties and positive attributes.

But, if ‘official bodies’ (for want of a better term) won’t openly endorse (let alone prescribe) cannabis, who can we trust to give an unbiased, yet informed perspective on its usage (three guesses)?

What’s to say that all cannabis shouldn’t be treated as ‘medical’ or ‘wellness’ supplements to give us the peace of mind, relaxation, stimulation, and motivation we need during the dark times that plague all of us at different points in our lives?

I have lots of questions and not many answers – yet. But what I do know is that the best way of finding out more is to begin my own journey into legal cannabis usage.

Curious about cannabis? Reach out to Dave directly if you want to speak to him about his legal sector experiences (so far): dave.barton@tbc.wtf

Or, if you just want fun, oddly-shaped nuggets of cannabis info on a regular basis, sign up for the thermidor< newsletter – aka the lobsterpot<.